Anybody who has lived in Hawai‘i is no doubt familiar with community cats.

Whether you view them as part of life in Hawai‘i or a nuisance (or both), there's no getting around the fact that community cats are an issue that cannot be ignored.

What is a community cat? Aren't they all just feral cats?

The ASPCA and many animal rescue/welfare organizations use the term "community cats" to describe cats and colonies of cats who are not owned by people. Amongst those cats there may be cats who are considered "feral" – cats who have never lived with humans, are born wild, and/or have spent most of their lives without significant, up-close human interaction. Thusly, these feral cats are typically unsocialized or possess a very low degree of what most people would consider feline-human social skills.

While not all feral cats are the same – some will inexplicably get closer to humans than others – most truly feral cats are difficult, if not impossible to humanely transition from being wild to domesticated as an adult.

Some community cats may be "semi-feral;" for one reason or another are amenable to varying degrees of direct human interaction. If it becomes necessary for such a cat to need a foster or Forever Home (due to injury, illness, or extenuating circumstances), it is possible that they can adapt to domesticated life.

In community cat colonies, there may also be strays, cats that were previously owned and domesticated (or semi-domesticated), but were lost or abandoned. These cats may exhibit social behavior towards humans – approaching them, rubbing up against their legs, choosing to take shelter in places like sheds or garages that are nearby humans, allowing for pets. While these cats may thrive in a community cat colony, if need be these are the cats that could most successfully be domesticated.

Long story short: not all community cats are feral.

How do I know if the friendly cat that hangs out in my yard or in neighborhood is a community cat or my neighbor's cat from the next block over?

Look at the cat's ears.

The best way to identify a community cat is by its ears. If a cat has been trapped, neutered, then returned back to its colony, it will be "ear-tipped". Typically the cat's ear will be notched, a tiny piece cut out, or tipped, the very tip of the ear cut off. Both types of ear-tipping are humane, are usually done at the time of spay/neutering, and require little to no aftercare for the cat.

Example of an tipped ear community cat. Image by kisluvkis via Flickr/Creative Commons.

But why shouldn't a community cat be taken to a shelter or rescue? Wouldn't that be the best thing for them? The best way to control cat colony populations?

Though it may seem counterintuitive, the answer is no.

First of all, many shelters will not even accept community cats for rehoming. If the cat is feral, it is probably too fearful and anxious to be able to live happily with humans. If a community cat that is accepted at a shelter cannot be homed, it will be euthanized. More often than not, surrendering a community cat to a shelter is a death sentence for that cat.

Some may ask, "But, even though it's sad, if there is an overpopulation of cats, isn't it necessary to kill some of them? If only for population control?"

Again, the answer is no. After years of research from state governments and municipalities, animal welfare organizations, and animal rescues, Trap-Neuter-Return (TNR) programs have proven far more effective at feline population control than "catch-and-kill" programs. TNR is not only far more humane and cost-effective, but shows the most long-term population control.

But how can returning cats to a colony control that population?

Because TNR stabilizes a community cat population in a given area.

Neutered cats will not attract more cats (mates) to where they live and they will also not contribute to the population. Over time, as cats age and naturally die, the population will dwindle. Though other cats may enter the colony, if they too are neutered, they will only add themselves to the population – not dozens and dozens of kittens.

Catch-and-kill programs, where community cats are rounded up and euthanized, are not only cruel but are more costly and less effective. What results from catch-and-kill initiatives is what is called the "vacuum effect".

If a population of community cats is eradicated from a given area, the area will repopulate. This is a "natural phenomenon" says Alley Cat Allies, and will happen over and over, perhaps indefinitely.

Community cats seek out habitats that allow them the best chances of survival – places with food and shelter. If a population is removed from a good habitat it's only a matter of time before more cats find that habitat and take up residence. Essentially the cats have been drawn in or "vacuumed" into a desirable area that catch-and-kill has rendered "available". Once a few un-neutered cats take up residence in a habitat, the population will reach its maximum again, once again beginning the endless cycle of catch-and-kill.

Not only does TNR advocate for the preservation of cat lives as opposed to the destruction of them, it also improves the well-being of community cats, thus creating greater harmony between the cats and their human counterparts.

Neutered community cats tend to live healthier lives, bringing less disease to communities and fewer mating-related injuries (fewer intact males fighting, fewer cats getting injured while traversing highways to mate, fewer sick or hurt kittens, to name a few). Spayed female cats are also less likely to suffer from stress, injury, or illness related to pregnancy. And without the urge to mate, people can enjoy fewer cats spraying, or yowling when in heat.

It's often thought that community cats can't be as happy as domesticated cats, that to rehome them is to give them a better life.

But most community cats, especially those born wild, are not just happy but happier being wild. For many community cats within a colony, the wild is where they thrive both physically and mentally.

"We tend to project our feelings toward our own cats onto community cats,” community cat advocate and documentarian Elizabeth Putsche told Catster Magazine. "We say, ‘That cat needs to be in my house, in my lap, eating expensive food,’ because we associate that with our cats. But your cat is in a totally different situation. If [a cat] has never been touched by people, obviously he’s where he needs to be.”

Very often taking a cat out of a colony, even with the best intentions, can be the worst thing for a cat's health and wellness.

So how can I help community cats in my area?

Offer assistance to community cat colony caretakers. These are people who have taken it upon themselves to provide food, water, and/or shelter to community cat colonies. They also provide emergency veterinary care to the cats, as well as spay/neuter when possible. Especially in places like Hawai‘i, this is a big, sometimes dangerous job.

Very often colony caretakers work alone, and must tend to the colonies at night or in the early morning. They usually pay for food and vet care out of their own pocket (with the help of some donations of food or vet services) and typically do not receive any assistance from organizations such as the Hawaiian Humane Society (which is a common misconception).

If you want to get involved, offer to help a caretaker feed and care for a colony. If this isn't an option, donate food or veterinary care if you can.

A vital way to help community cats is to learn about TNR and get involved with a group that serves an area or population. Getting involved in TNR can provide the greatest impact on community cat health and happiness in your area.

If you're interested in TNR education or would like to get involved with TNR programs, contact a local animal rescue or charity organization and ask them about their Trap-Neuter-Return programs and initiatives. If you're not sure who to contact, the Humane Society of the United States has compiled a database of organizations that help community cats in the US and Canada. Not all the organizations listed have TNR programs, so be sure to ask what services/education they provide, and what their policy is on the treatment and care of community cats. Note that some organizations may have a policy that is pro-euthanasia for community cats. If that is the case, you may not want to work with them.

If you're on the island of Oahu, we'd recommend contacting CatFriends or Poi Dogs and Popoki . Cat Friends are a local leaders in the humane treatment and care of community cats, and provide ongoing TNR education, assistance, and action. Poi Dogs and Popoki's Big Fix provides inexpensive spay/neuter options around the island for both dogs and cats.

Hawai‘i locals can also contact us at Calvin & Susie Hawaii Animal Foundation, info@cshaf.org. We can offer you guidance on TNR organizations in Hawai‘i, education, and/or help with spay/neuter for community cats or domesticated pets.

Community cats are just that, a part of the community. Their well-being ensures a better life, not just for them, but for everyone who shares a home with them.

Note: We always researches to the best of her ability, but we are not vets. This blog is not in any way meant to replace veterinary advice or care. When in doubt, always ask a vet. 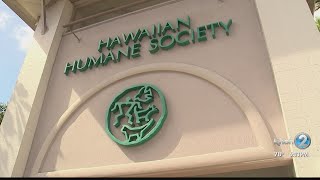